Before we even started looking for new homes, I knew I wanted to get some backyard chickens. While I knew that I probably wouldn’t find acreage and my dream farmhouse at this point in my life, I was still holding out hope that I would find a property with a decent-sized yard…enough for a few chickens and a garden. As luck would have it, that’s exactly what we found! We bought this beautiful home nestled among oak and elm trees on a quarter acre in a sleepy little neighborhood. And when we came to view the property, I knew it was meant to be mine because it came with a brand new, never used chicken coop!

That little chicken coop lasted us only 5 months, however. I learned the hard way that pre-made, ready-to-order coops just don’t last that long. And since we wanted more than just the two chickens we started our flock with, we knew we were going to have to up the ante and get a bigger coop. After much research into our various options, we decided to build our own. Nevermind the fact that neither of us really had any experience with construction! We’re both smart, capable people and we figured building our own coop and run was worth a shot.

I planned the coop and run based off of several inspiration pieces I found on Pinterest. I drew my idea on a piece of paper. It was not to scale. It was a terrible drawing. I gave a general idea of how big I wanted the thing to be. But that’s about as technical as I got. Jon took a look at the plans and said, “Okay, then.” And we ordered supplies and got to work! 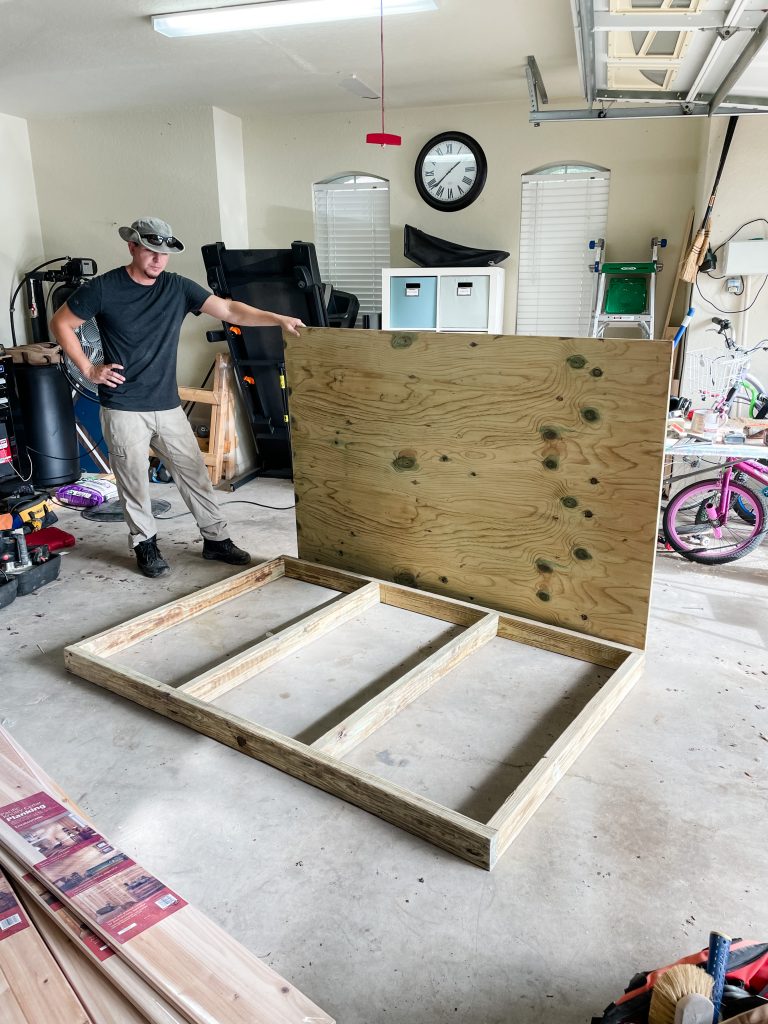 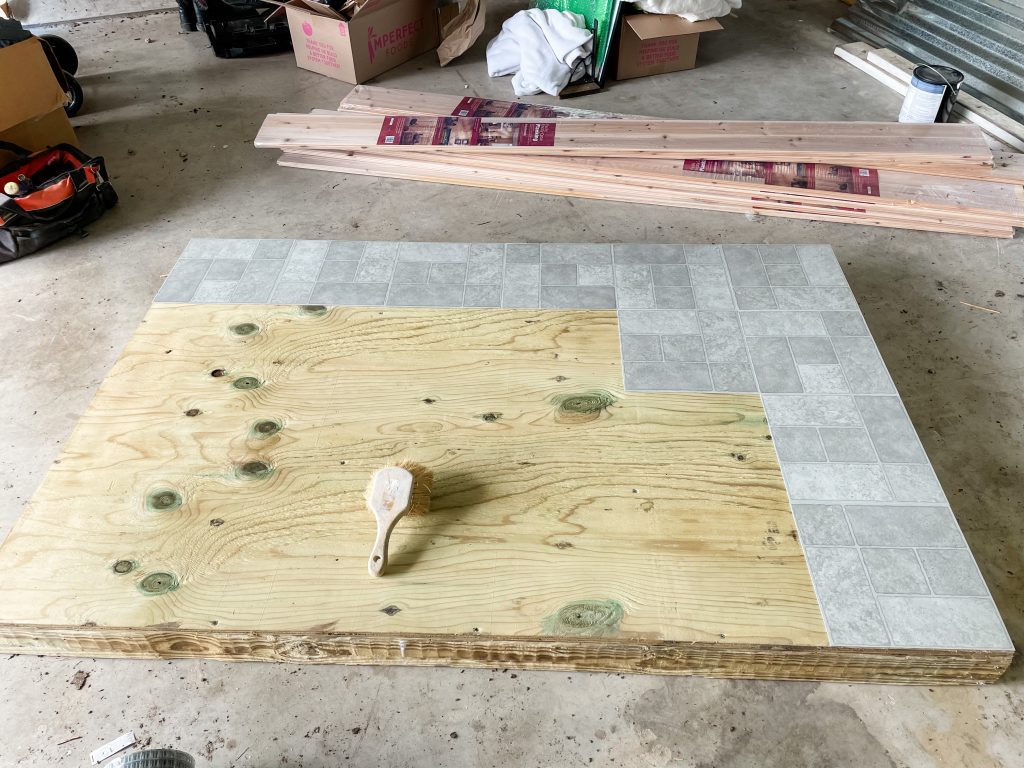 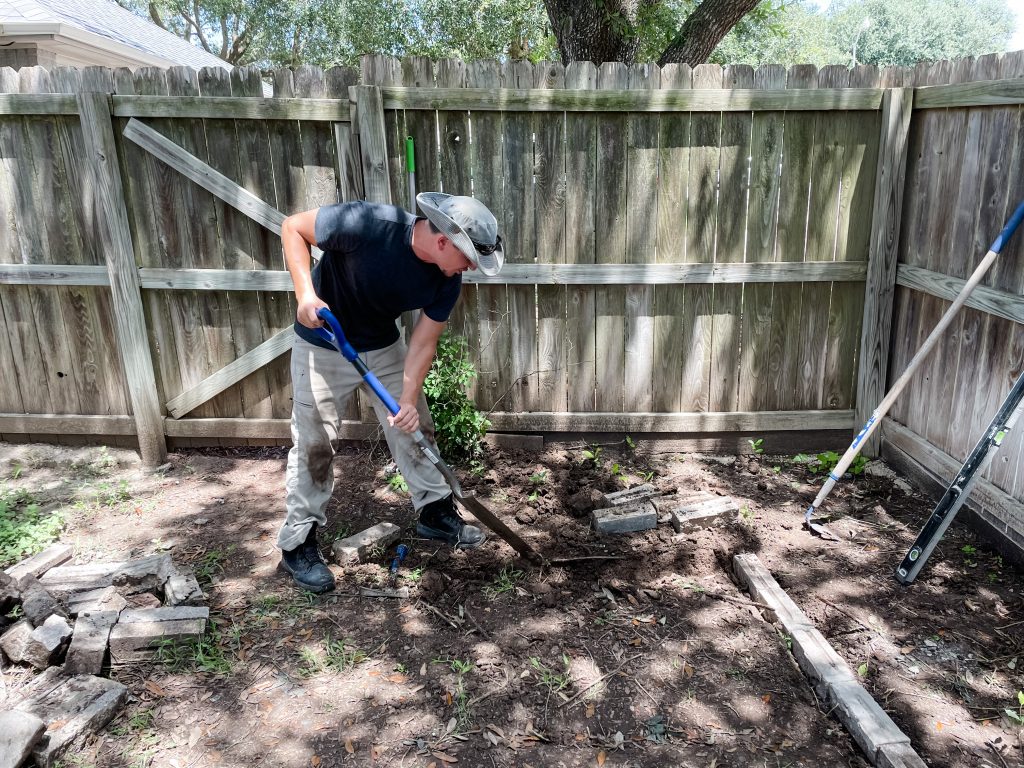 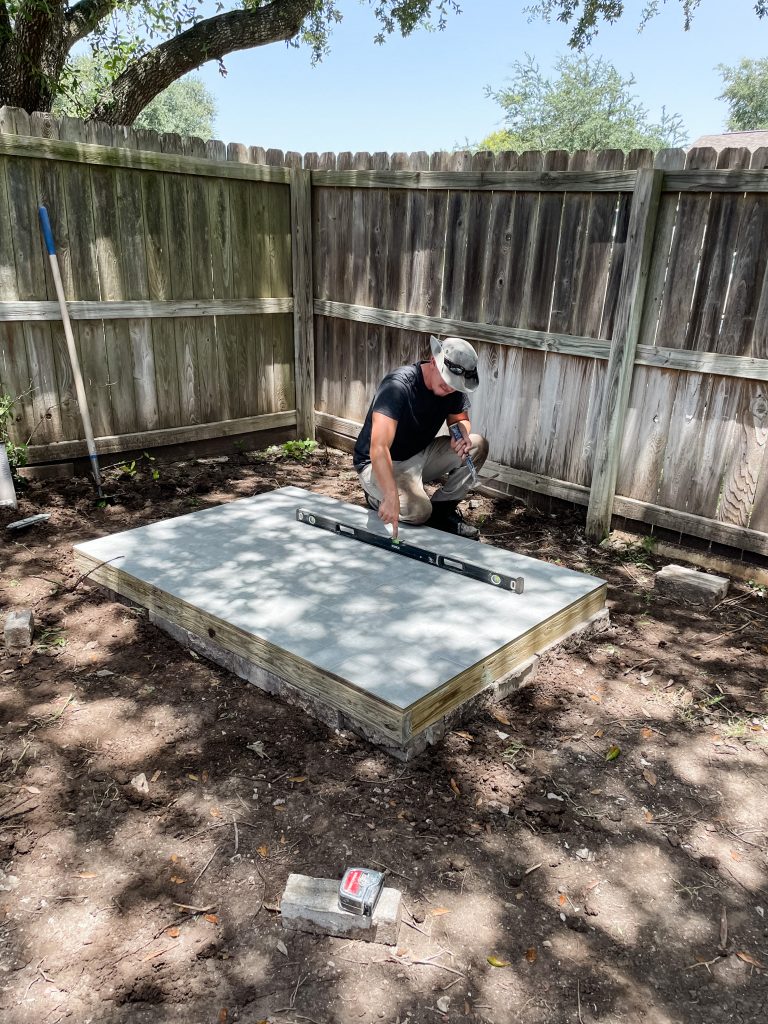 The first thing we did was build the base of the coop. Jon got the thing built and I added cheap linoleum tiles to the subfloor. I did this to protect the wood from chicken poop. It also makes cleaning out the coop so much easier. Jon also dug out and laid old bricks to make a foundation for the coop. We did this to make it as level as possible, but also to keep the coop and run as predator-proof as possible (no foxes can dig under these bricks!). 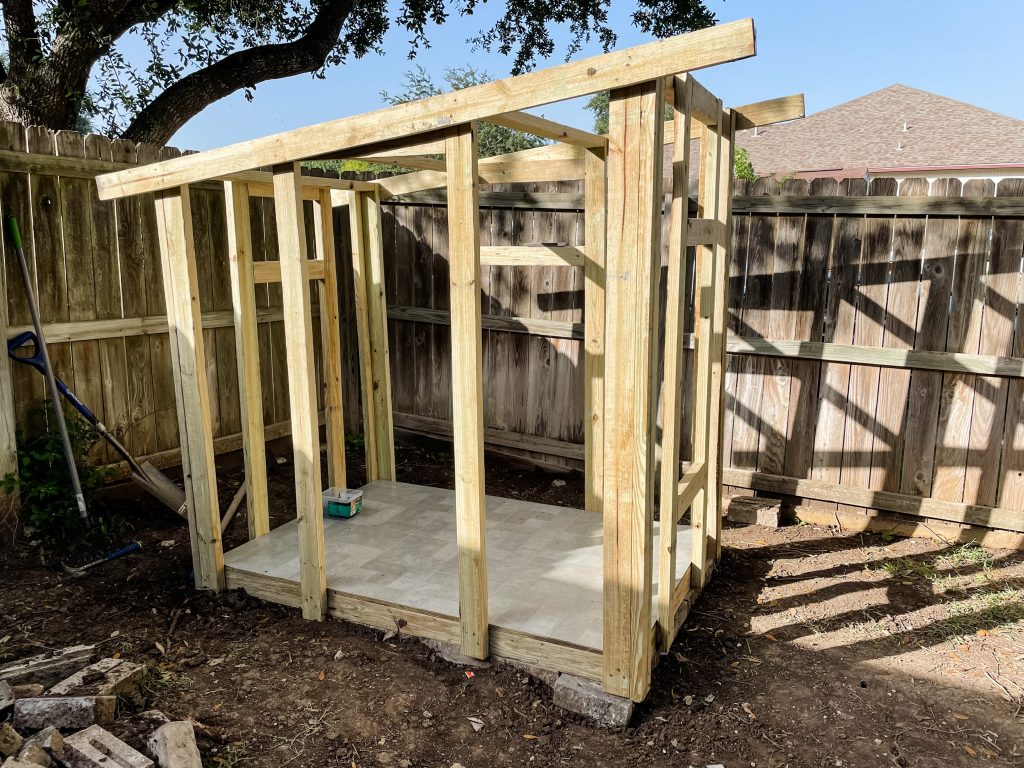 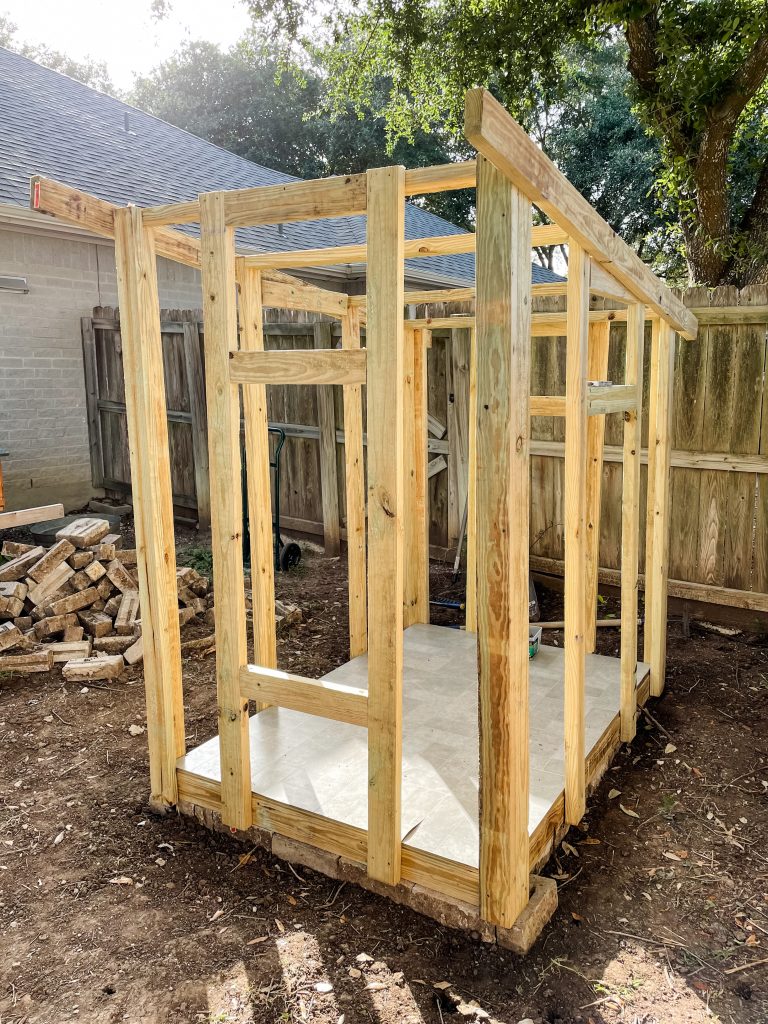 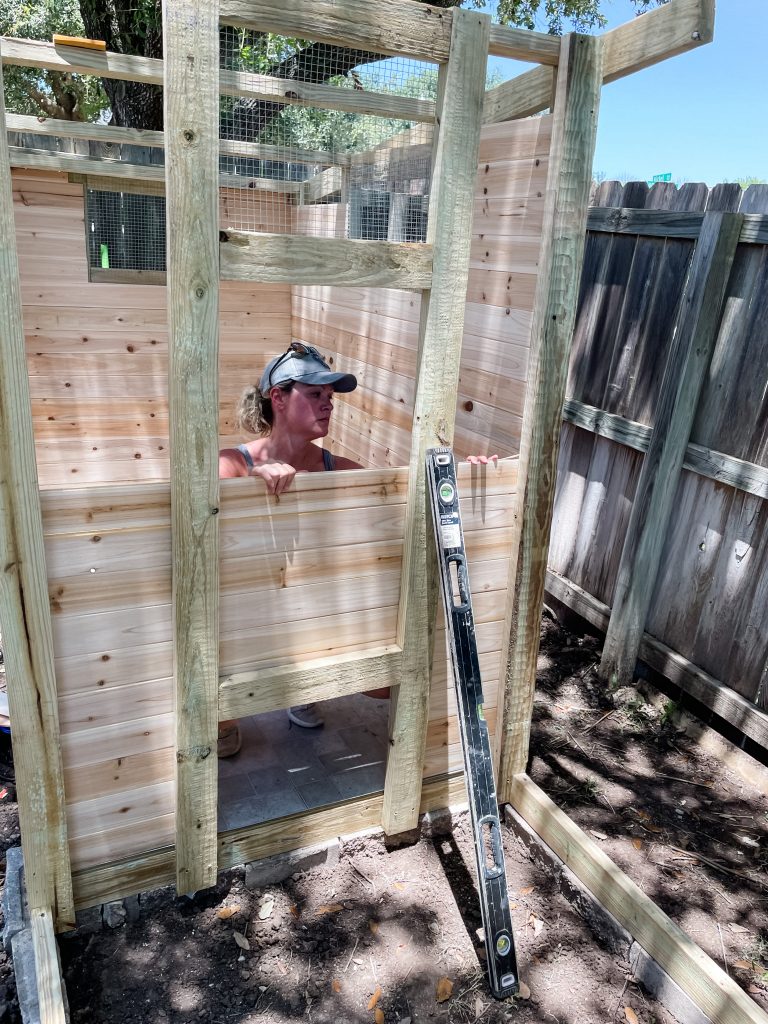 Next, we framed out the coop and then I added cedar planks for the walls. Cedar is naturally bug and weather resistant and these planks were cheap and easy to install! 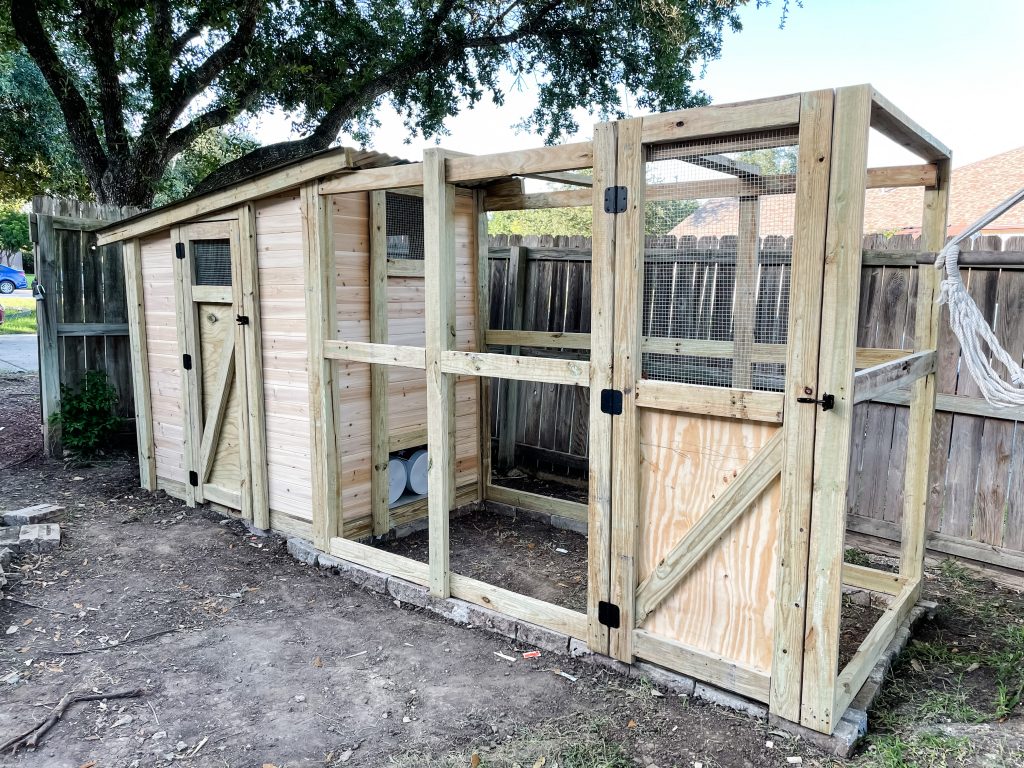 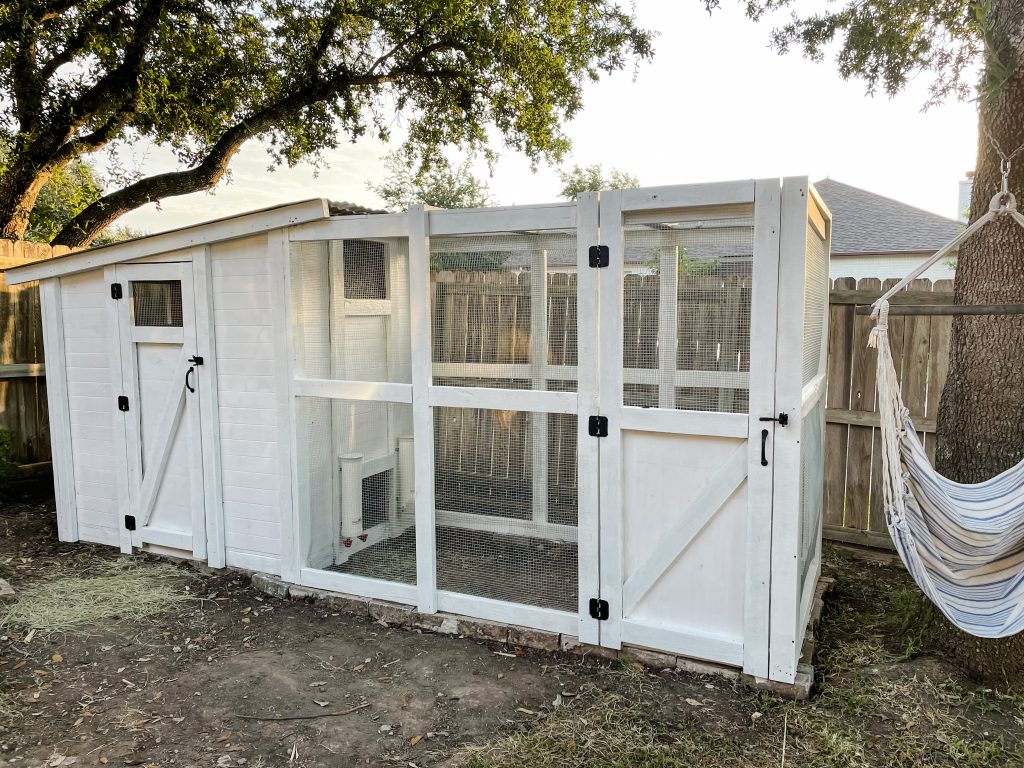 Finally, after Jon laid the foundation bricks for the run, we framed out the run and added all the mesh hardwire cloth (this is a better way to keep a coop and run predator proof; chicken wire is not strong enough). Then I added a coat of white paint, we added some latches and called it a day (or weekend)! 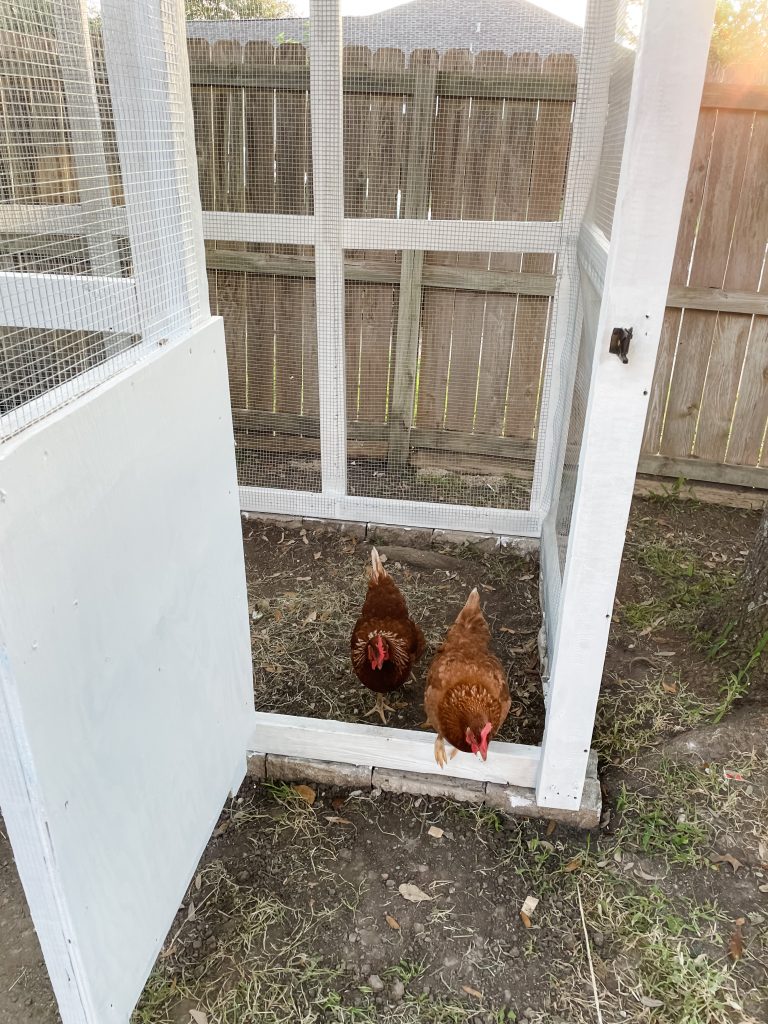 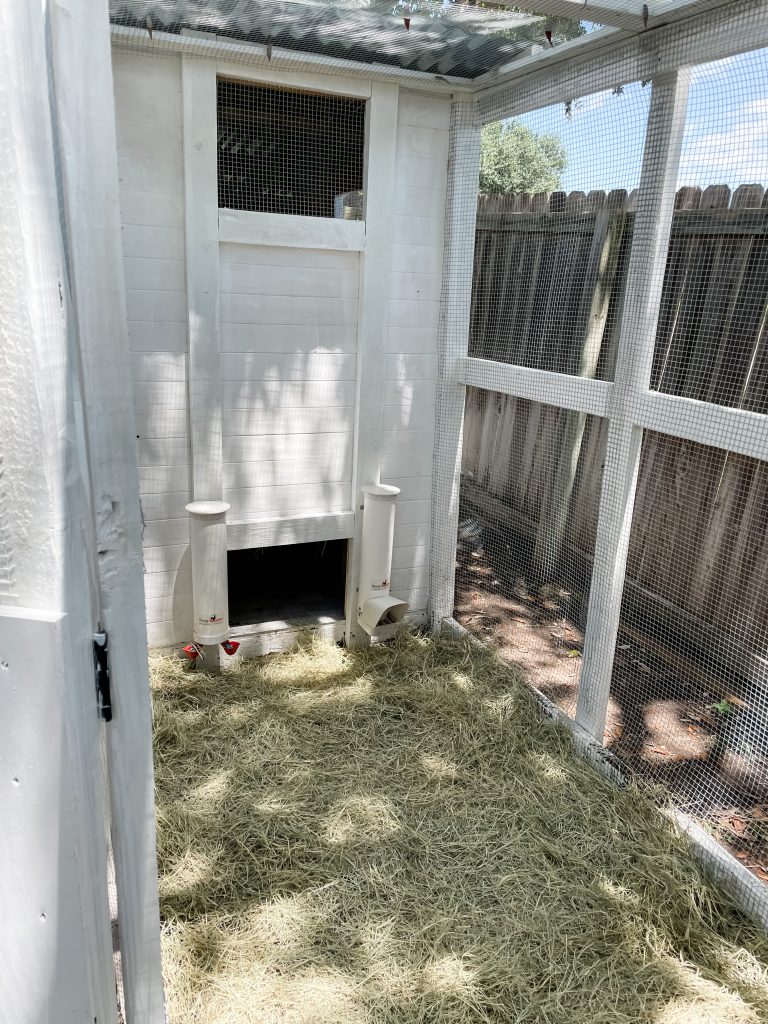 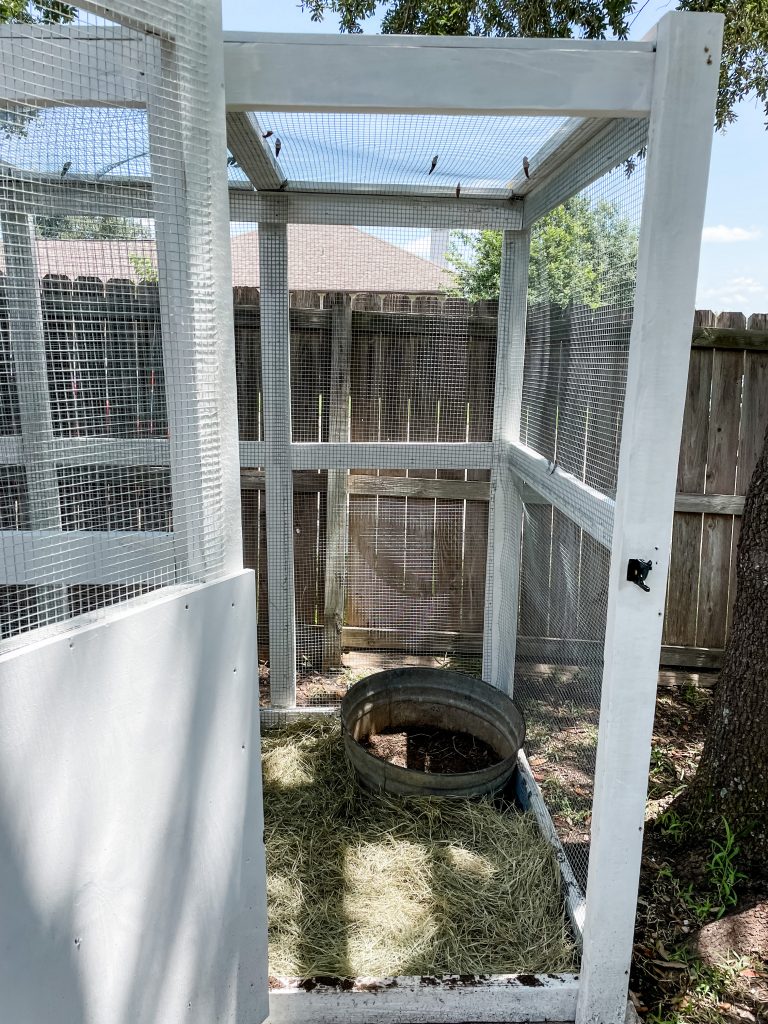 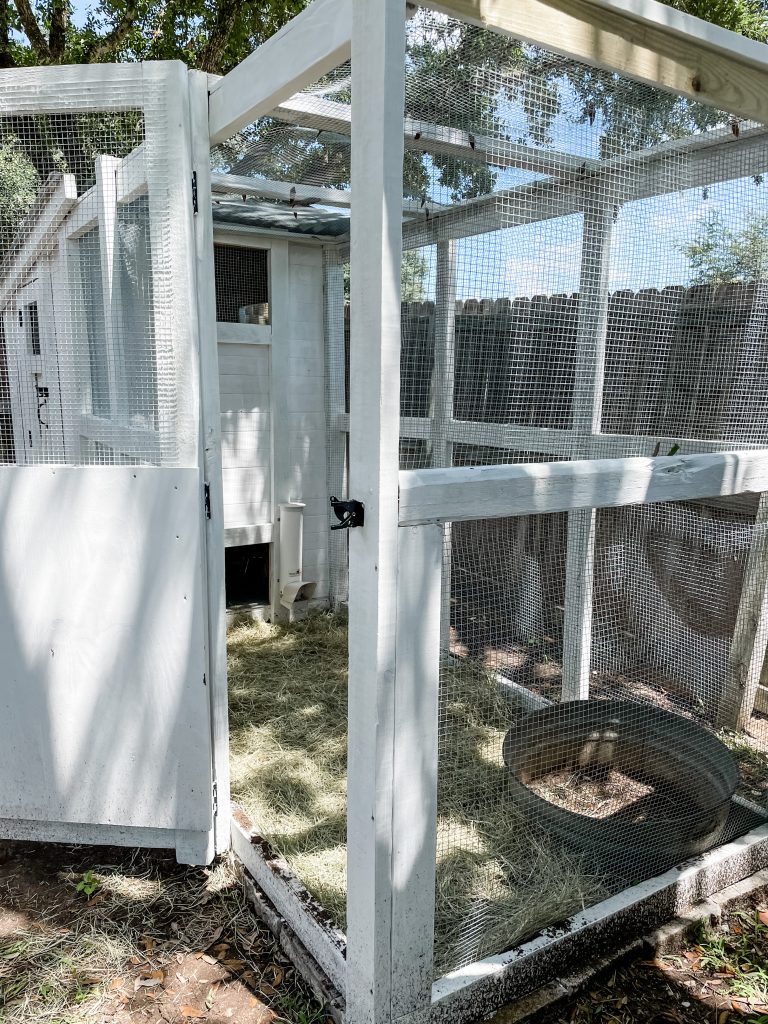 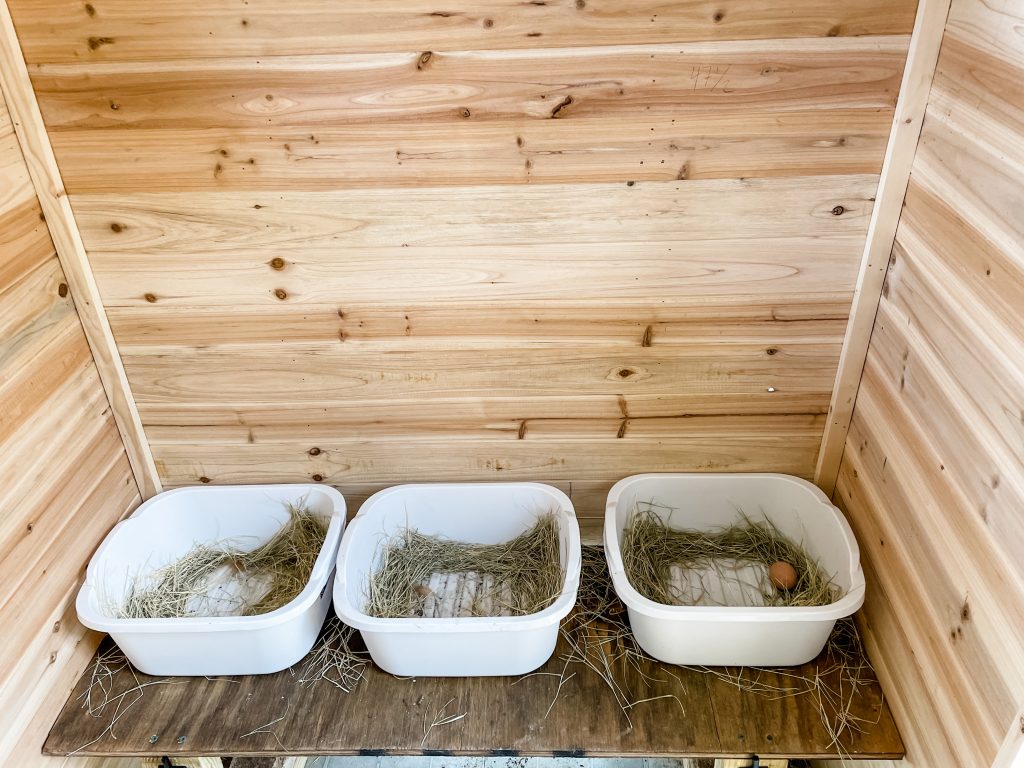 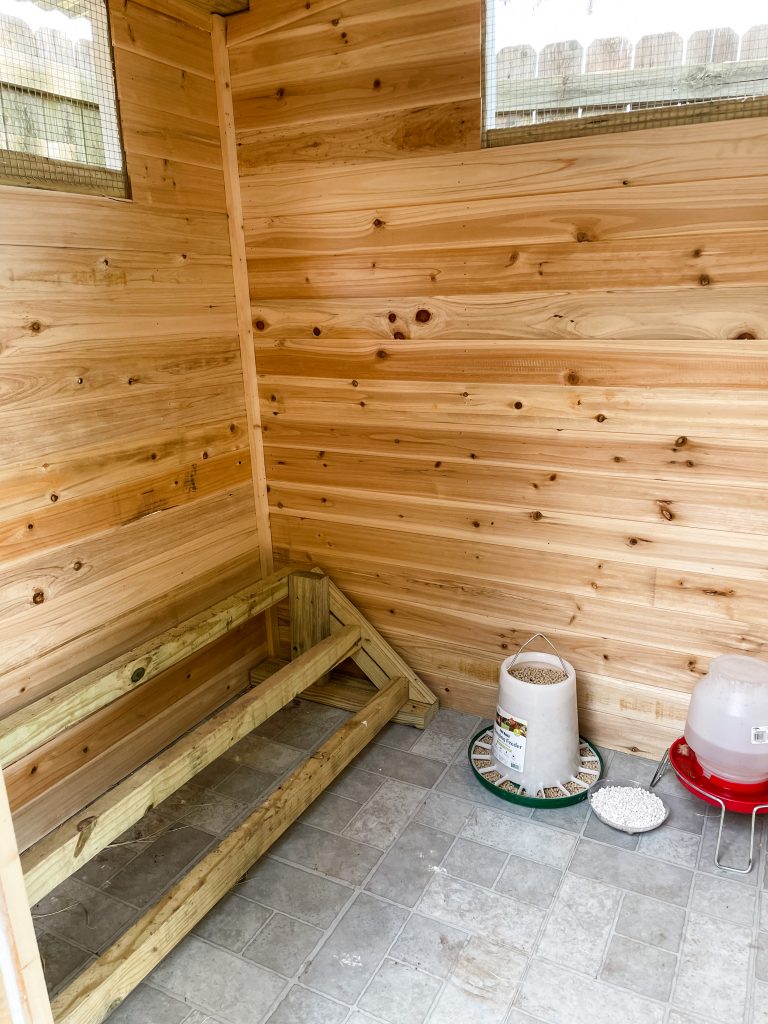 In the run, we hung the feed and water tubes and added a dirt bath in an old metal bucket. On the inside we build a shelf to hold some nesting boxes (cheap dish tubs from Wal-Mart) and Jon built some roosting bars. Our chickens took to their new McMansion right away! 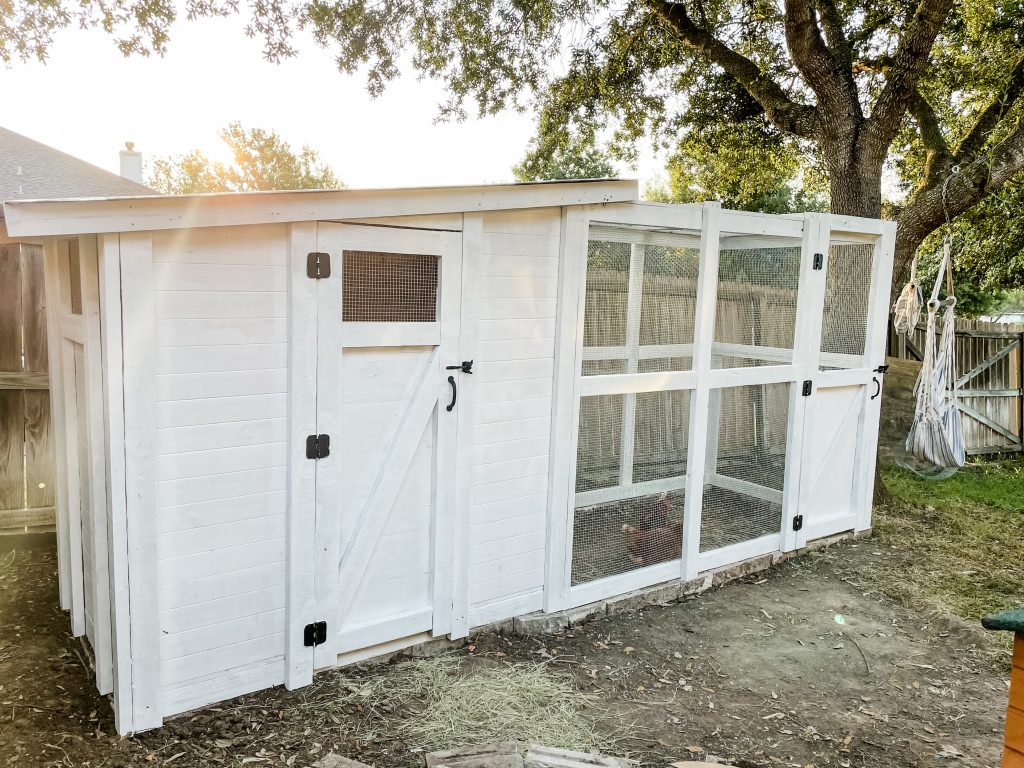 What do you think of our Chicken McMansion? I think for a couple of people who had zero idea what they were doing, it turned out pretty phenomenal!

Historical fiction is my go-to when it comes to bo

I finally got my wall of bookshelves and I LOVE my

My office is overflowing with books, but one of my

I found this treasure at the thrift store yesterda