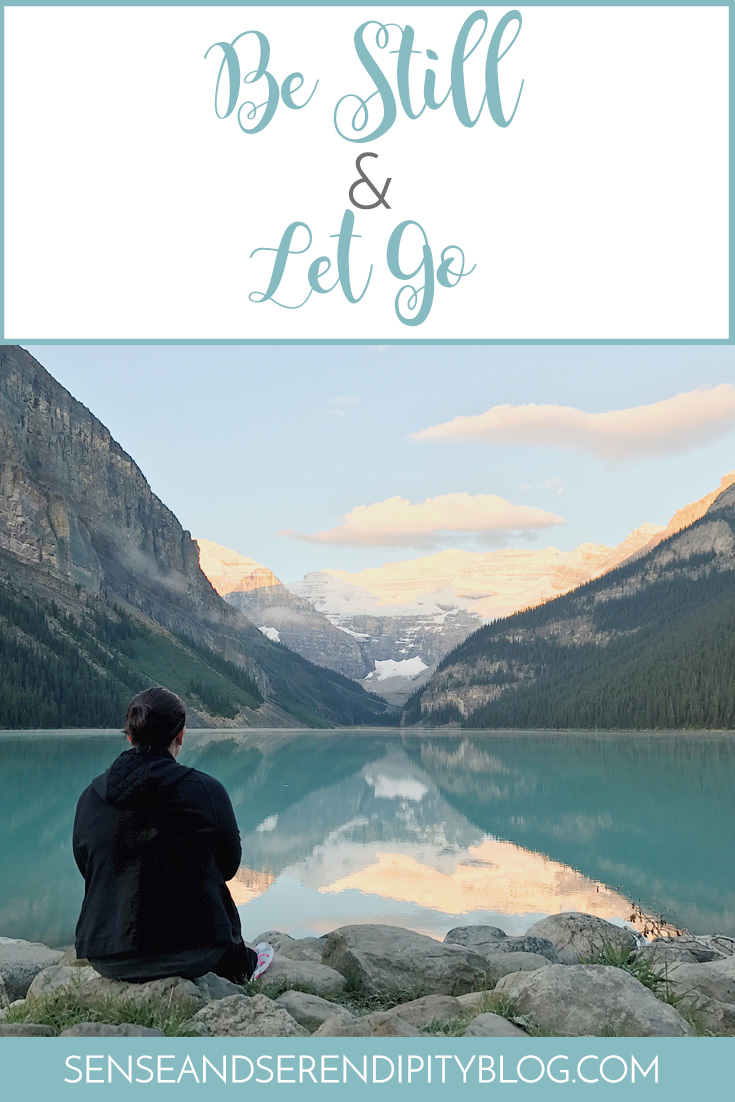 I love my house. It is exactly what my husband and I wanted for our family when we decided to up and move across the city last year. I often joke that we really bought my clawfoot tub and the house came with it. We had only moved in six months ago and we were so very excited to make it our own. This was the house that we intended to put down roots and raise our babies. It’s two blocks away from the elementary school and the playground and the pool. It’s nestled in a quiet, pretty cul-de-sac where our kids love to ride their scooters and bikes. We were here to stay and we were thrilled about it.

But then he died and everything I thought was real and true in my life disappeared before my eyes. In the days after Garry’s death, I learned the harsh truth that there would be no money out there to help me save my house. But because I never take no for an answer, I fought against the thought of giving up my house for a long time. I railed against it and tried to rack my brain for a solution that made any sense. Despite my denial and righteous refusal to concede, the fact remained: I alone could not afford to keep our home and the sooner I sold it, the better off I and my children would be.

Once I admitted to myself this truth, my next fight was to find a way to buy a little house closer to my sister where we could help each other raise our babies. So I began by looking at little houses in her area over the Christmas break. I was encouraged to find a precious little neighborhood not ten minutes from my sister’s house that I really loved. And then I was excited to find a cute little house that was just perfect for me and the kids. In fact, I liked it so much I decided to try to get pre-approved for a mortgage in preparation for making an offer on it. I was feeling hopeful for the first time in weeks and I started daydreaming about how I would decorate my new little home.

But then after New Year’s Day I got a call from the mortgage guy. It turns out that because of my god-awful student loans, I would not qualify for a mortgage large enough to afford my little house. Just like that, all my hope and dreams for rebuilding a life for me and my kids crumbled to dust once again. I began to sob on the phone with the poor mortgage guy and I continued to sob for a week and a half.

For a few days after that phone call, I gave up. I gave up on fighting and I gave up on God. I gave up on trusting His plan and being strong in my faith. I was angry that He was taking everything in my life away from me. I was tired of being strong and trying to stay calm. So I stopped and a railed at Him and I cried and felt sorry for myself. I threw a giant pity party for myself and I just wallowed in it.

And then I saw this: 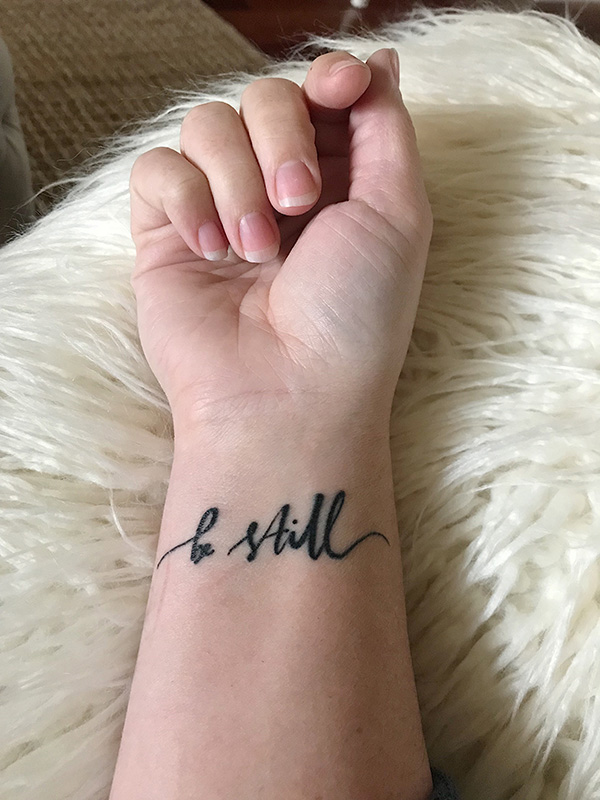 This is the tattoo I got several weeks after Garry died. It was a Wednesday and my girlfriend took me out for sushi and a movie. We never made it to the movie because we talked for so long at dinner. As we were leaving dinner, I asked her if she wanted to go with me to get a tattoo. Without hesitation, she said, “Let’s go.” So we did. We were the two least hip moms to probably ever grace that tattoo parlor, but the gentleman who worked there was sweet and kind and made me laugh.

I got this tattoo as a reminder. It is a reminder of Exodus 14:14, “The Lord will fight for you; you need only to be still.” It’s a reminder to myself to sit down, shut up, and let God do His work. I am, and have always been, such a fighter when hard things come my way that often times I get in my own way because I don’t stop long enough to listen to what God is trying to tell me, or see what God is trying to show me. It’s a reminder that perhaps my plans, as good and well-intentioned as they may be, are not the plans of the One who is writing my story. Perhaps He has other plans for me, for my future, that I can’t understand or imagine right now. Perhaps, if I were to be still, He will show me the next steps I need to take as I need to take them.

God also revealed to me a truth this past week that has stuck with me. He showed me this verse: “If you cling to your life, you will lose it; but if you give up your life for me, you will find it.” Matthew 10:39. I am a stage 5 clinger, y’all. I cling like the best of them. I have been clinging to the shambles of my life since Garry died and yet those shambles are still being pried from my fingers one by one. I know that I’m clinging on because I’m terrified. I’m so scared of letting go of all that I have known and all we built together. I am petrified to live in a world where my husband is no longer breathing the same air as me and holding my hand through all of these obstacles. But clinging on to the shambles is getting me nowhere. Throwing a tantrum and railing at God is doing nothing but making a mess of me.

So I have decided that, as hard and unnatural as it is for me, I need to stop fighting and be still so God can fight for me. I have to give up my desperate dream of keeping a house that is draining my meager savings account. I have to let it go. I have to give up my hope of being able to buy a house on my own, at least for the time being, and be content with finding a cute little rental where I and my children can start healing and learning what life looks like now. I have to let go of all the plans I once thought were the “right” plans and just let God show me where to put my next footstep for now.

Even Now, It Was All Worth It

The True Loss of a Young Widow

As a homeschooling mama, I have fallen in love wit

It has been a very special weekend. Beauty from as

I found this old barrister’s cabinet on marketpl

I’m have been getting into herbalism lately and