Top
Home » Home » 5 Tips for Living Without a Microwave 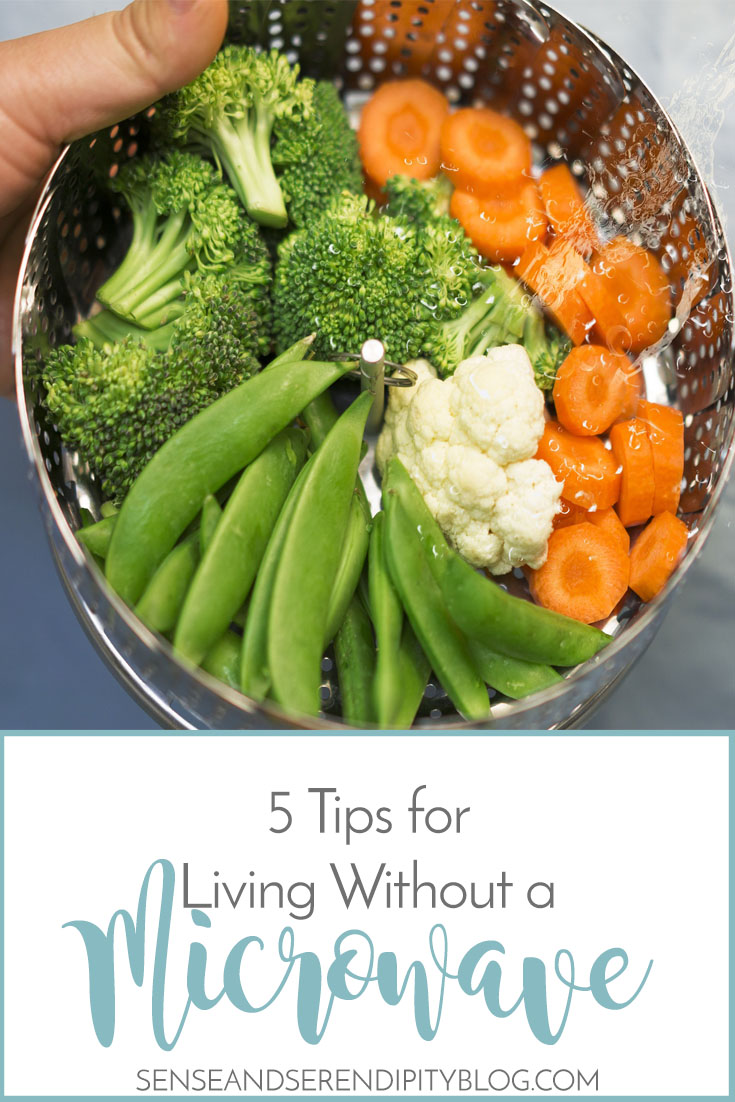 When we moved into our new house, we were surprised to find that we did not inherit a microwave. I guess we should’ve noticed the lack of one before, but we just assumed it was there (it was also confusing because we have two ovens and I think I confused one of them for a convection microwave). Whatever the reason, we didn’t notice until we were moving in and then we were so busy that we just managed to live without one for a few days. It got me thinking: do we even NEED a microwave?

Why NOT Have a Microwave?

I’ve never been fully convinced that microwaves are completely safe. But I am a child of the ’80’s so I’ve never known a life without the convenience of a microwave. However, as I started to get older and wiser, I questioned whether having something that emits invisible rays strong enough to explode potatoes and boil water was really the smartest idea. Neither the FDA or any other health organization has conclusively stated that microwaves are actually safe, either. So, even though I’ve lived with a microwave all of my life and it seems safe, I’m not 100% convinced.

But that wasn’t my main reason for choosing to live without a microwave. I’m going to be completely honest with you here. What it all boiled down to here was how my kitchen would look with a giant microwave sitting on the counter. I know, it seems like a silly reason (at least my husband told me it was a VERY silly reason), I don’t care. I hate having appliances sitting out in the open on my kitchen counters. We already have my husband’s beloved convection toaster oven (I’ll tell you about that later) taking up space on my counters, so I was not about to allow another ugly giant metal box to take up space in my kitchen.

I have to tell you, my husband was not on board with my crazy scheme to just figure out a way to live without a microwave. So on one of our first nights at the new house, we went out to dinner and I asked him to give me valid reasons for buying a microwave. He started to tell me all the things we wouldn’t be able to do without one and I promptly countered his arguments with the reasons I’m about to list below. Poor hubby begrudgingly conceded defeat and agreed to give microwave-less living a shot…for at least a while. (This is what happens to poor guys who marry strong-willed, former attorney wives. Lord, help him.)

This post contains affiliate links. We are a participant in the Amazon Services LLC Associates Program, an affiliate advertising program designed to provide a means for us to earn fees by linking to Amazon.com and affiliated sites. You can read my full disclosure policy here.

5 Tips for Living Without a Microwave 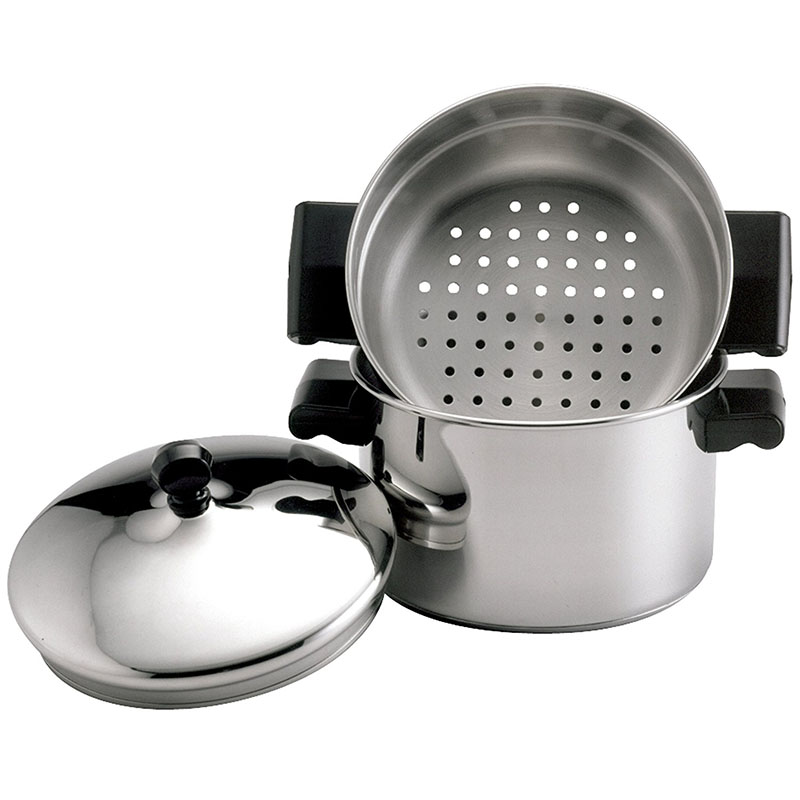 1. Buy a steamer pot or steamer basket. One of the arguments my husband made was that we couldn’t heat up our frozen veggies that we often have with dinner. This had been a concern of mine as well, but I quickly realized that we could easily cook our veggies using a steamer basket or a steam pot. We already had both of these gadgets in our possession (in fact I was about to get rid of the steamer basket because we never used it!). Turns out, steaming veggies only takes a few minutes and they taste so much better (and keep their firmness instead of turning to mush). 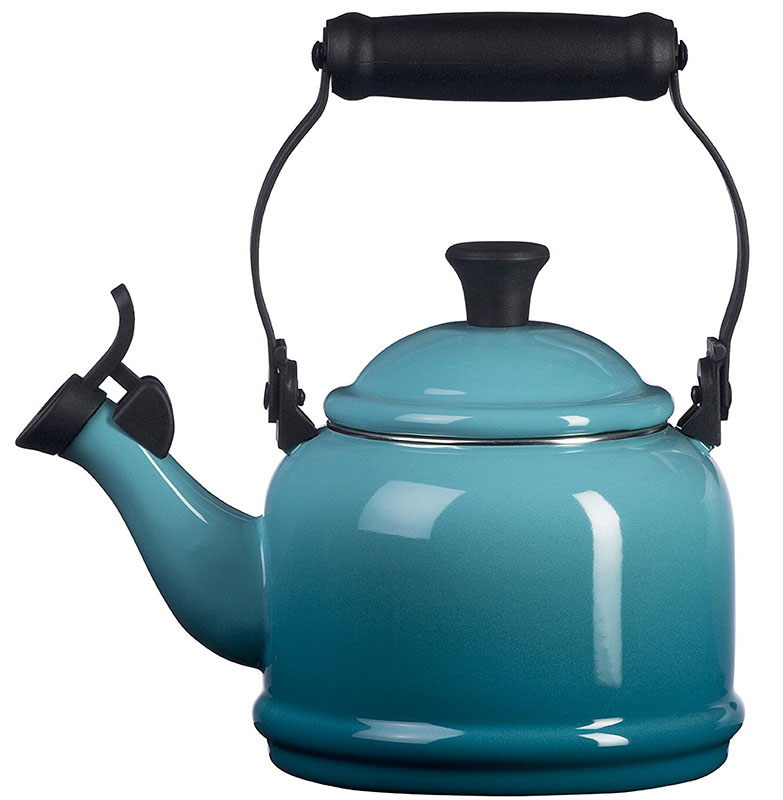 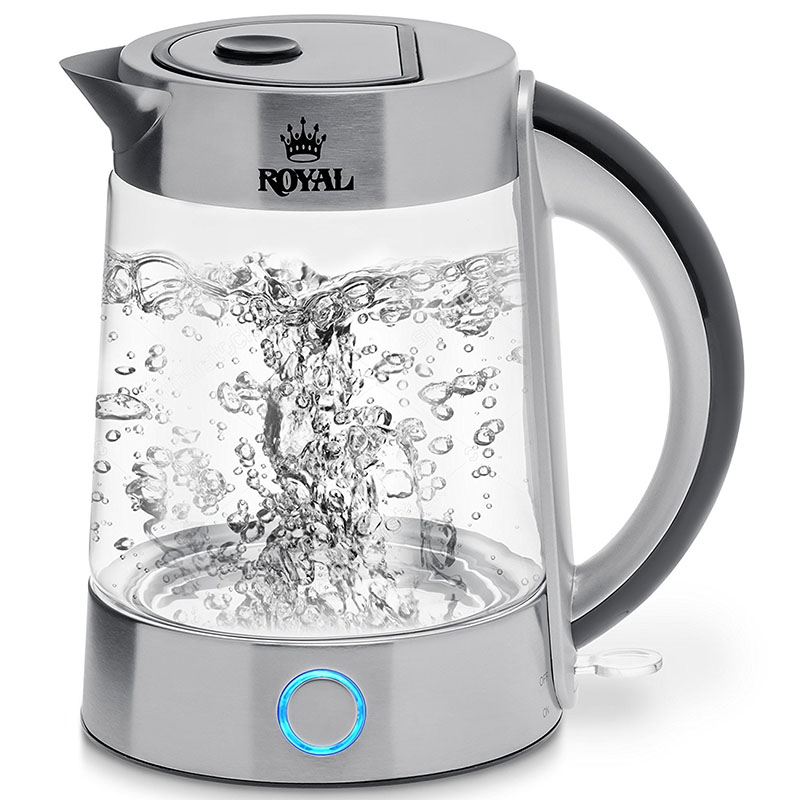 2. Get an electric kettle or use an old fashioned tea pot. Hubby also argued that he wouldn’t be able to heat up his chamomile tea before bed every night. I was quick to point out that we had a handy dandy electric kettle gathering dust in one of our cabinets. Heating water in an electric kettle takes no time at all (probably less time than a microwave) and there’s the added bonus of not burning your hand on the blazing hot mug handle like always happened when we used the microwave. You could also go old-school and use a gorgeous tea kettle. 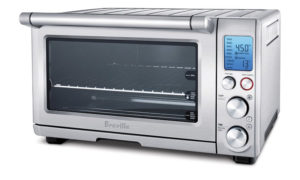 3. Invest in a toaster/convection oven. Reheating food was another of my husband’s point’s of contention, but I quickly pointed out that his beloved Breville convection oven does just that. Hubs insisted that we buy this giant convection toaster oven a couple of years ago. He claimed he could make ALL THE THINGS with it. So far, we had only baked chicken and made toast with it. However, I learned that this oven is actually pretty handy, especially because it has a reheat setting. I can’t tell you how much I love this stupid giant gadget now! There are cheaper versions than this one, but I can attest to how amazing this oven is and it is worth every penny. 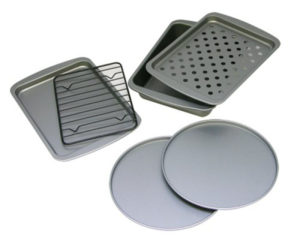 4. Buy mini bakeware for reheating. Both my husband and I were concerned with finding a way to reheat food without putting our everyday dishes in the convection oven (most dishes can’t tolerate the heat). This one had me stumped for about three days until I discovered these miniature baking pans and it took me all of 30 seconds to order them on Amazon. They are the perfect size to use inside the convection toaster oven and they are non-stick so they clean up in a jiffy. I love these things! 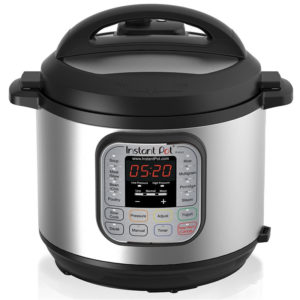 5. Cook from frozen with an Instant Pot. Although my husband and I never thaw meat in a microwave, we know many people do, so this is a concern I thought I’d address. If you forget to defrost the chicken and all of a sudden it’s going on 5:00 and you still need to get dinner on the table, never fear–the Instant Pot is here! Did you know you can cook chicken from frozen in that thing? Yeah, MIND BLOWN. This baby is still on my wish list, but there are only 4 months until Christmas so I’m hopeful.

Tell the truth, how’s it going?

Honestly, the first few weeks of living without a microwave were pretty challenging. We really had to rethink the way we “cook” food, or reheat food, as the case may be. There have been a handful of times when the convenience factor alone made me second guess our decision, but those moments weren’t significant enough to make me want to run out to Walmart to grab a microwave. After we got the hang of it, both hubby and I are convinced that living without a microwave was actually a really good move!

We really like the fact that our food tastes better and it’s more evenly heated by using our convection toaster oven. Yes, it takes a bit longer to reheat food than it would were we to use a microwave, but the extra time is worth it for us. It’s only been about two months now, but I don’t see us ever buying a microwave again at this point!

Before and after. 😍 Our fireplace makeover took

Are you tired of the public school BS yet? My kidd

I’m geeking out over the new addition to our cur

“Look, mom! It’s like a keyboard. But really o