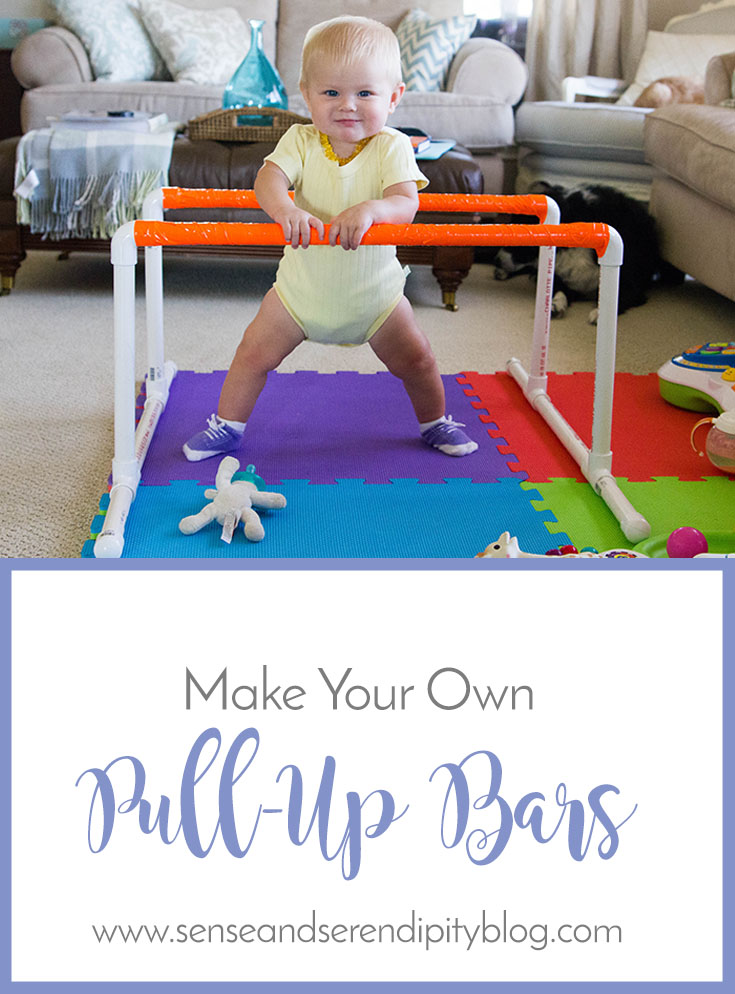 As any mother can tell you, when your baby starts crawling, it is an exciting and terrifying time. Exciting because you are so thrilled to watch your little darling grow and explore on her own, but terrifying because you quickly realize that now she can get into everything!

You also realize that as soon as baby starts crawling, she also starts pulling up and babies don’t discriminate when it comes to objects they decide to pull up on. Things like coffee tables and couches are generally a safe object to pull up on, but I learned the hard way when my daughter tried pulling up on a small side table and it came crashing down on her. Talk about scary!

While some flat surfaces aren’t safe for them to be pulling on to stand up, others are just a little too high for their reach. I was finding this to be a problem when my daughter started crawling, so I decided to make her a set of pull up bars. I had seen something similar at a popular toddler gym class and I knew that I could make my own version at home at a fraction of the cost. Here’s how I made them: 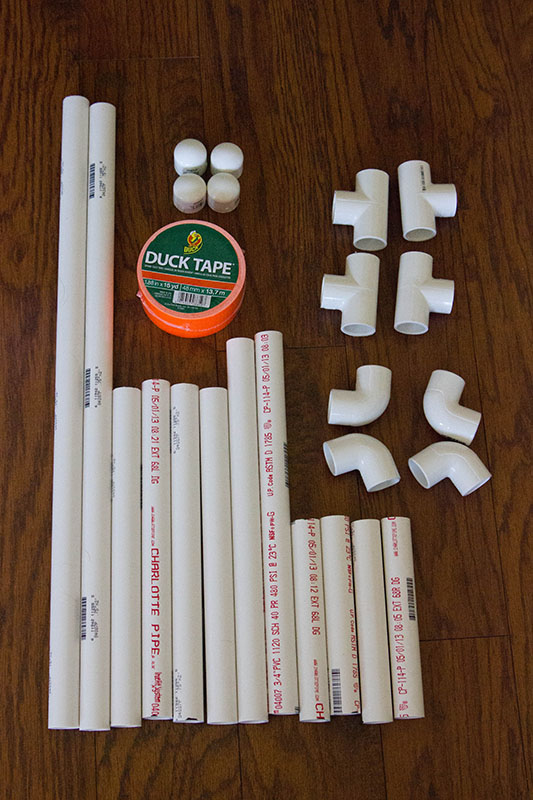 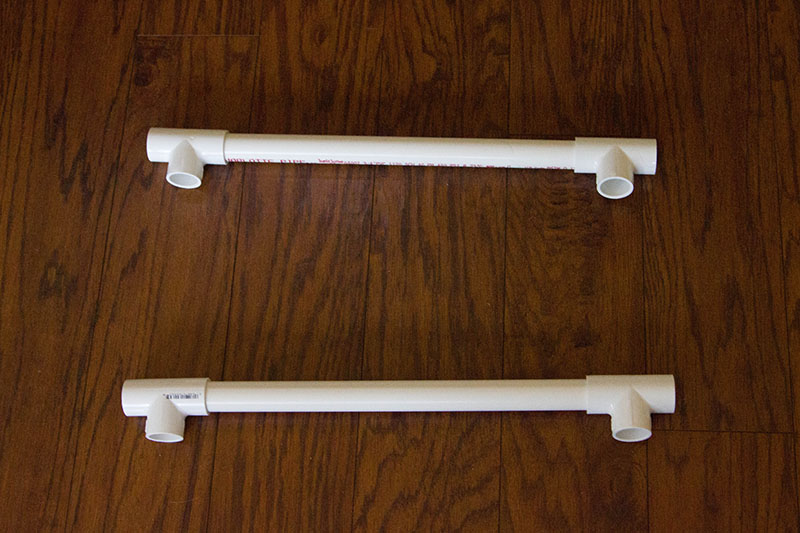 Then I attached the elbow joints to the 24″ pieces. 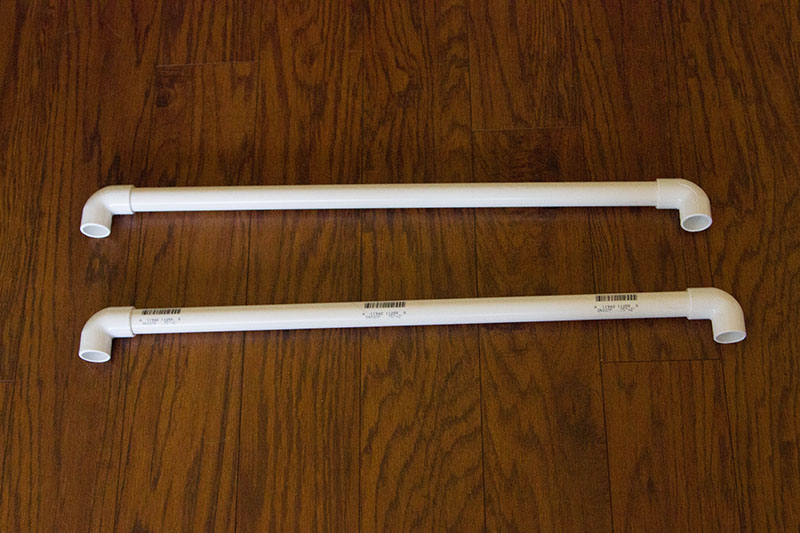 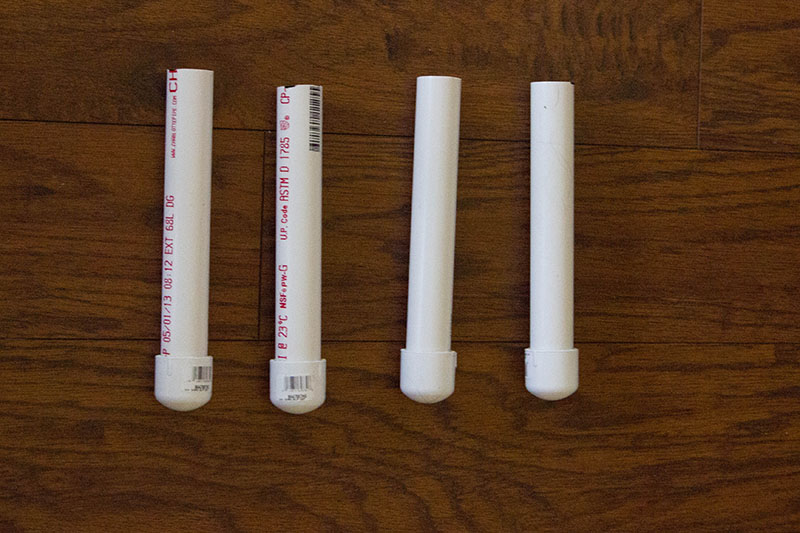 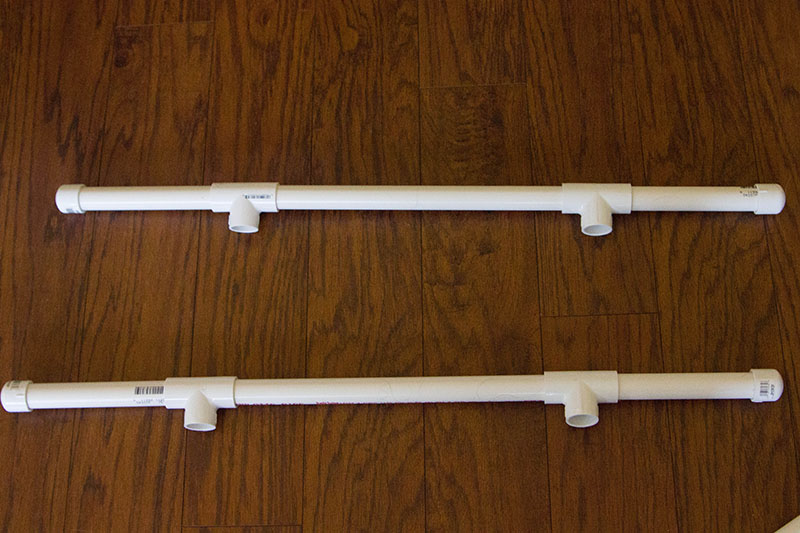 Then I put the 12″ pieces into the third opening of the “T” joint. 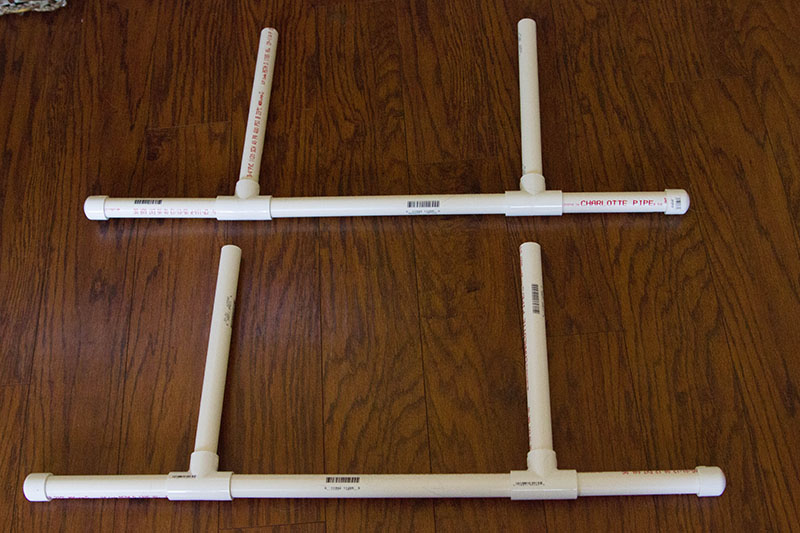 Finally, I attached the 24″ pieces to the rest of the pieces and you’ll have your pull up bars! 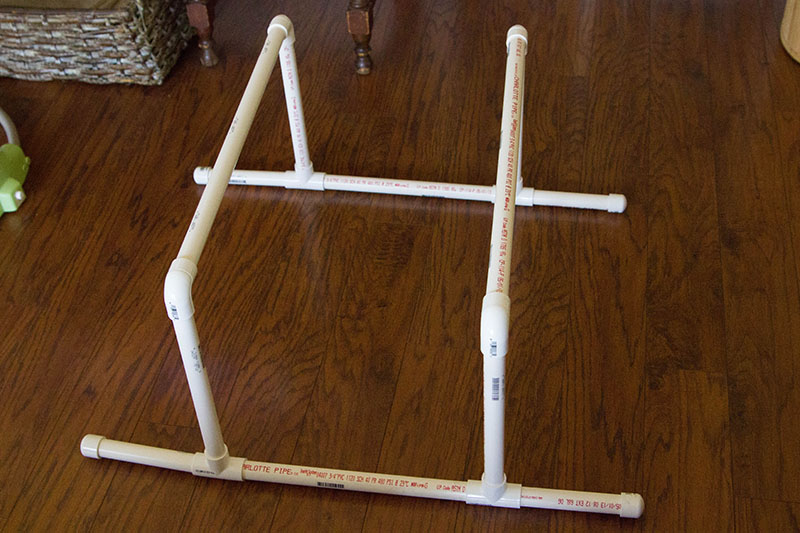 As a last step, I wrapped the top pieces of the bars with colored duct tape so that baby would be able to grip the bars better. Then I added the little rubber feet to the bottom so that the whole thing didn’t slide around as much on our floors. 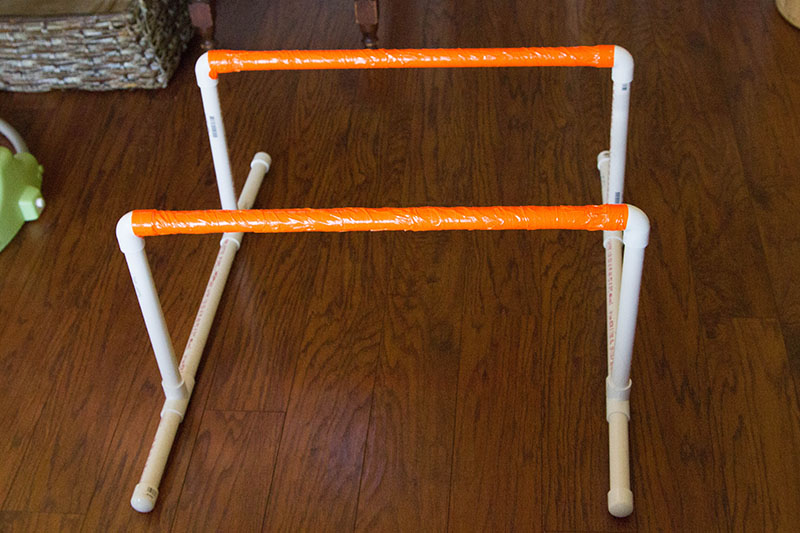 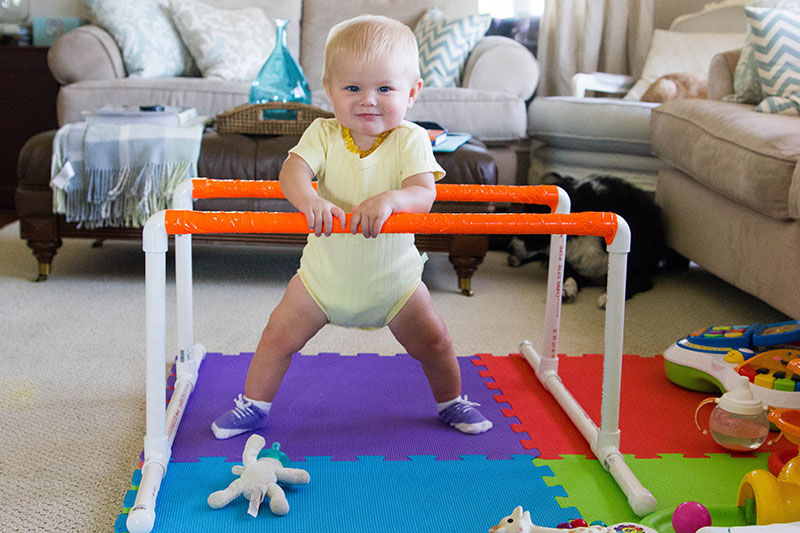 I think we spent less than $20 for all the supplies. You can’t beat that! I love easy and cheap projects that turn out to be a huge hit, don’t you?

Editor’s Note: This post was originally published in August 2013 and has been updated for accuracy and comprehensiveness.

That Time I Tried to Make a Slipcover and FAILED

May the joy of the season full your home to bursti

Historical fiction is my go-to when it comes to bo

I finally got my wall of bookshelves and I LOVE my

My office is overflowing with books, but one of my